The very talented band led by Mark Tremonti and Myles Kennedy, returns to Portugal to introduce its new studio album entitled “Walk The Sky”. After having been, both artists, very busy and in parallel projects, as well as passing separately from one another on national stages, the talented Mark Tremonti and Myles Kennedy return together this time and with their always band, which doesn´t stop growing in notoriety and in public in Portugal. In October 2017 the band experienced a triumphal passage at the “Coliseu dos Recreios”, a date that belonged to the “The Last Hero Tour”.

Now the ALTER BRIDGE hop onto the stage in Tejo Hall at Altice Arena, in Lisbon, where it performs on December 6th. In its repertory, the band brings the new studio album “Walk The Sky”, the number 6th in its discography, which is being edited on October 18th. The first part of the show will be assured by the two projects: SHINEDOWN and THE RAVEN AGE. Led by Mark Tremonti and Myles Kennedy, famous for the partnership with Slash in the actual solo adventure of the guitarist of the Guns N´Roses, The American ALTER BRIDGE – which the formation is based on ¾ of the Creed- account now with more than a decade of a solid career. A path always ascending, supported by songs built from the riffs and strong vocals, embedded in long-ear hooks, muscular distortion and exuberant arranges, which worth the band enormous success into a global scale. Accounting maximum punctuation in magazines, such as “Total Guitar” and “KARRANGI”, having had sold out tours in the United States and Europe as well as VH1 appearances and even a photo on the cover of the influent “Classic Rock” magazine, the musicians have then based their creative output on this tested and successful formula.

In this return to Portugal, the ALTER BRIGE count on the support of the two names to be considered for those who enjoy heavy rock, stuffed with melody. With its Origins in Jacksonville, in Florida, the SHINEDOW already accounts with 6 albums in its catalogue, based on themes that stick to the ear. The group has already sold ten million records worldwide.

THE RAVEN AGE, on the other hand was created in 2009 by the guitarist Harris, son of Steve Harris from the Iron Made band, and had its first live debut in the following year. After launching its first EP, homonymous, in 2014, the London quintet started sharing stages with reputed bands such as “Ghost”, “Mastdon”,” Gorija”, “Opeth” and even “Iron Maiden”, recording at last the first long lasting album “Darkness Will Rise” in 2017, followed by “Conspiracy” already in 2019.

The tickets for the concert cost 32€ and will be available for pre-sale exclusively at FNAC from June 18th onwards, at 10h00 am. Sale for the general public starts on June 21st at the normal sale points

ALTER BRIDGE BIOGRAPHY Alter Bridge will remain forever known as a band which has raised the creative team behind the gigantic success of the ”Creed”. After the split up of the band of “My Own Prison” and “With Arms Wide Open” in 2004, the then guitarist Mark Tremonti and drummer Scott Philips brought back the bass guitar player Brian Marshall to their new group and, counting on the help of the prodigious ex Mayfield Flour, Myles Kennedy, Alter Bridge- which the name comes after a bridge in Tremonti´s home town, signed its discographic debut, stamped by Wind Up Records, becoming then available to the fans on August 10th 2005 “One Day Remains”.

Mainly formed by the guitarist of the band, the album has shown the group leaning more towards heavy rock rather than the grunge aesthetic style the band had prior. After journeying the world in a tour, the band abandoned the “Wind Up” in order to sign with “Republic”, a subsidiary of the Universal Music. Having a more thriving structure behind, in the end of 2007 , the band launched “ Blackbird”, an album that, on the contrary to its debut, counted on more participations of Myles Kennedy at a song writing level. In 2009, with the trio base together with the Creed when it set off for a farewell tour, the group then decided to have a break. The vocal singer and guitarist, in his turn, joined the band to follow the iconic Slash in a solo format, known since then as the “Myles Kennedy and the Conspirators”, which started to work on a hypothetical solo album. Nonetheless Alter Bridge has not spent much time apart, and soon in 2010, launched the 3rd album, “AB III” The subsequent tour would originate two years later, a Live at Wembley: European Tour 2011, and with no desire to stop, the musicians were back into the studio to record a 4th album. The Acclaimed “Fortress” was edited on September 30th, 2013, receiving positive and unanimous reactions from the critics and from the public.

In 2016 the band broke the silence after 3 years and at last launched the very long awaited 5th long lasting record. “ The Last Hero”, which included the single of enormous success “ Show Me A Leader” Displaying an impressive work ethics, the musicians entered once more the tour, performing two live shows: “ At The O2 Arena + Rarities» and «Live At The Royal Albert Hall», in 2017 and 2018, respectively and in 2019, they were back into the studio to record the long awaited «Walk The Sky». 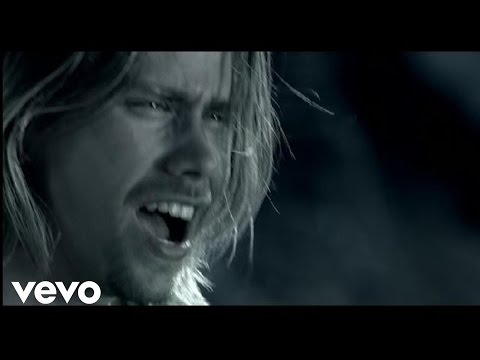