Backstreet Boys, have just announced the next stop of their acclaimed DNA World Tour in the UK and Europe.

In order to help people who were forced to flee their homes in Ukraine and support the extraordinary examples of solidarity shown around the world, the Backstreet Boys will contribute with a portion of the sales of DNA World Tour 2022 tickets to UNHCR, the UN Refugee Agency. This contribution will protect and help refugees and those displaced from Ukraine and neighboring countries. To find out how you can support those who are affected, visit the website.

In the beginning of 2019, the boy band released their 10th GRAMMY nominated studio album "DNA" by RCA Records. The album made its debut at number one and features the Top 10 hit "Don't Go Breaking My Heart". The critically acclaimed and chart-topping single was nominated for the 2019 GRAMMY "Pop Duo / Group Performance", and was BSB's first Billboard Hot 100 hit in 10 years. Following its release, the single has gone straight to number one on the iTunes Top Songs and worldwide charts and has reached over 22 countries.

In May 2019, the Backstreet Boys kicked off "The DNA World Tour" - the group's biggest arena tour in 18 years, thanks to the global success of their new #1 album. The DNA World Tour has sold out arenas across North America, Europe, Asia and South America. This year the band has released the first episode of the series - documentary, Making of The DNA Tour, where fans can see all the backstage preparation behind the World Tour in 2019.

Over the years, the Backstreet Boys have continuously charmed millions of people with their impressive repertoire of hit songs, and are returning to Lisbon on October 3rd for another show that will definitely be one to go down in history. 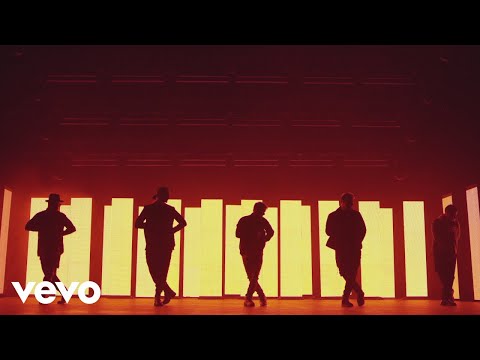 CANCELED | THE WEEKEND: THE AFTER HOURS TOUR
25 OCT AND 26 OCT
Info buy