With the LISBON SINFONIETTA ORCHESTRA

At the age of 72, Jose Carreras is one of the most applauded and awarded interpreters of the lyrical singing world, an acknowledged tenor, especially by his interpretations of famous operas such as Verdi and Puccini. José Carreras is performing on the magnificent stage at Altice Arena, accompanied by the soprano, Isabel Alcobia and with the Lisbon Sinfonietta Orchestra, directed by the conductor David Gimenez. A rare and special occasion to be present at, one of the world most noble tenors of the erudite music universe, a singer who along with Plácido Dominguez and Luciano Pavarotti, formed the mythical Three Tenors, featuring some of the major concerts in the history of the erudite music.

Carreras was born in Barcelona in 1946. He began his own destiny when at the age of 6 years old he watched Mario Lanza, interpreting a major role in the motion picture “The Great Caruso; Carreras then adopted “La Donna Is Mobile” as his very first aria. José Carreras pursued his studies in music and had his first debut as a tenor in 1970 in a minor part in “Norma”. Even though having only a few lines to sing, his interpretation was such, that he gained the attention of the company great star, Montserrat Caballé, who later invited him to interpret the role of Gennaro in Lucretia Bórgia by Donizetti, part that was essential to sail José Carreras onto international stages and into fame around the world.

The decades that followed were filled with recognition and applauses from the critics and the public, acquiring triumphs and awards, such as with the medals offered to José Carreras in France and Italy, as well as by well-known universities. Carreras recorded tens of operas for the most important world recording agencies and, in 1990, on the previous day of the world football cup final, José Carreras performed for the first time as part of the Three Tenors along with Plácido Dominguez and Luciano Pavarotti and with an orchestra conducted by the Mythic Zubin Mehta.

The trajectory of the Three Tenors lasted for almost a decade and a half and established the name of José Carreras in the unique pantheon regarding major “voices” in the world.

Thus, his return to Lisbon is extremely special. At Altice Arena, the tenor is interpreting the pearls of his vast lyrical repertory, with some of the most popular arias of all history, those which merit the noble hallmark of José Carreras´s voice. 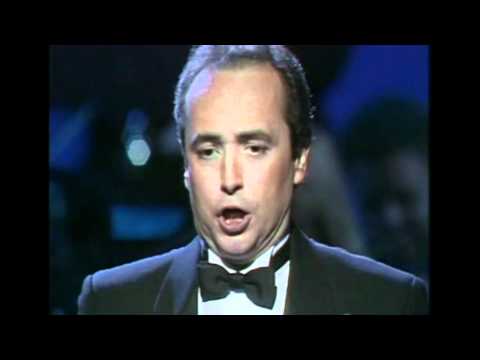