In May 2013, a group of friends with a common taste for music got together for a small performance at a Gala Soiree at TAGV, in Coimbra. This was Os Quatro e Meia's first performance.

Currently formed by six elements, Os Quatro e Meia seek in a relaxed and cheerful way to grant new sounds and looks on Portuguese music. In 2017 they released their debut album "Pontos nos Is", which includes well-known songs such as "P'ra Frente é Que é Lisboa", "Minha Mãe Está Sempre Certo" or "Não Respondo Por Mim". In 2020 came the second album "O Tempo Vai Esperar" which, just like "Pontos nos Is" went straight to the top of the national sales charts. "A Terra Gira", "Canção do Metro" and "Bom Rapaz" are some of the themes included in this work.

After the famous Coliseums and Estádio Cidade de Coimbra, the band now faces a new challenge: their debut at the biggest concert hall in the capital. As usual, they promise a concert where they will infect the audience with their energy and good mood and share the themes that have been influencing their career. 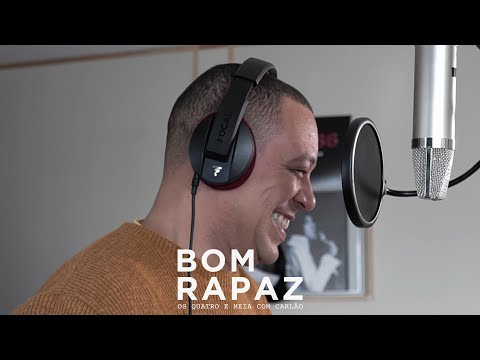