The legendary band Scorpions are back with a new album, entitled Rock Believer, and a world tour to go along with it. The Rock Believer World Tour 2022 is coming to Altice Arena on May 10th, 2022, right after their new album premiere scheduled for its release in February next year.

During the confinement, the band took the opportunity to return to the studio in their hometown, Hannover, Germany, which led to the creation of new songs, and as a result, their new original album. This one, due out on February 11th, 2022, will have a sneak-peak with the single "Peacemaker", to be released on October 22nd. In addition, 2022 will also be a very special year for the Scorpions as it will be the celebration of the 50th anniversary since their debut album (January 22nd, 1972) that launched them to the ramp to international recognition.

Beginning in Las Vegas, where they will be in residency format at the Planet Hollywood Hotel until April 2022, the Rock Believer World Tour 2022 crosses the Atlantic directly to Europe for their kick off of the European tour. "We had a great time recording the album and did it with so much energy and enthusiasm that we can't wait to play live again" say Matthias Jabs and Klaus Meine. "We've never had so much time away from the stage as during these pandemic years. This only has increased tremendously our desire to play live again, so we are looking forward to getting back on the road." Rudolf Schenker adds, "The fact that I'm going to rock out live again with the whole band to hundreds of thousands of people already next year to present the new album gives me goose bumps. This album and the tour will be very special milestones in our career."

The Scorpions are rated Germany's number one rock band - and one of the most important of the last decades - who, up to this date, have amassed more than 120 million sales, more than 5000 concerts in their luggage and countless classics that are still being heard today and by such large international fan public. 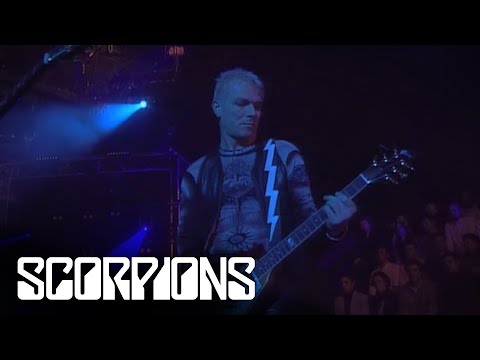