With a more than four-decade career, filled with great successful rock´n roll hits, and highlighted by the musician´s positive and joyful approach, the Canadian singer announces a world tour entitled “Shine A Light”, which is passing through Portugal in December, on the 6th at Altice Arena and on the 7th at Altice Forum Braga.

The new album “Shine A Light” is already at stores since March 1st and the debut single that carries the same name has as co-author, Ed Sheeran. “I first met Ed in Dublin in one of my concerts and we have since then, kept in touch. One day I sent him a refrain that I had been working on and that I had already called “Shine A Light”. I asked him if he would like to collaborate. Later, I received some lines…. You should have listen to him singing it!

Another interesting collaboration to this tour, is the partnership with the logistics operating system “DHL”, which is celebrating its 50th anniversary and Is the official logistic supplier of the tour. Together, they have compromised themselves for planting a tree for each ticket sold in this tour. “This partnership with DHL has an important environmental message. I hope that the message can be replicated into other partnerships such as this one, because we humans must do all possible to care about the planet we live in”, says Bryan Adams regarding this venture.

One of the most acclaimed singers and songwriters of nowadays, Bryan Adams, is known for successes such as “Everything I Do, I Do It For Your”, “Summer of 69” and along with Rod Stewart and Sting, also for

“All for love”. Bryan Adams has already had number one singles in more than 40 countries and 65 millions of albums sold worldwide. Together with these impressive numbers are his memorable live performances, granting him the status of one of the great rock stars of our time. 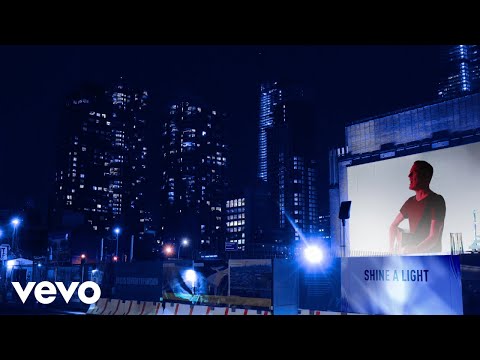